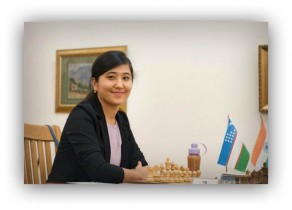 Currently Uzbekistan’s number one woman rated player and the first ever WGM in her homeland, Nafisa was introduced to chess much later than the professional chess world got used to. Up to the age of 9, she was absorbed by her piano classes in Kokand city, and it was only after her father took her to the local chess club that she had to face a small dilemma: piano or chess? – that was the question…

Fortunately, Nafisa chose the latter and went on to rise inchmeal until it became clear there was no turning back and the inevitable was bound to happen: in 2002 she won the U12 girls national championship. From this moment on the gold medal in various age groups was set aside for her, including those of a higher caliber, from the Women National Championships (2008, 2009, 2011).

It is worth pointing out that Nafisa qualified for the World Women Championship in 2007 from the zonal tournament, which motivated her further to win the silver medal in 2008, in the U18 Asian Championship and in 2010 in the Asian games. Consequently, Nafisa became the undisputed top board in the Olympic team of Uzbekistan, where she proved the leadership position suits her rather well.

The Uzbek WGM is currently studying sports psychology in the State Institute of Physical Culture and she is no stranger to top level women chess, as Nafisa previously played the Women Grand Prix from Tashkent, where she gave a good account of herself.

Nobody would be surprised if, from the underdog position, the national chess pride of Uzbekistan will actually “surprise”. 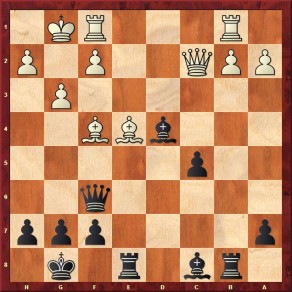