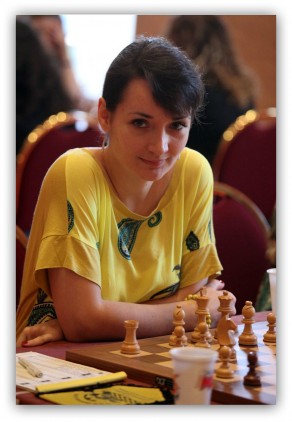 It was not hard to predict the readiness of the chess world to roll out the red carpet for the new rising star: the Ukrainian prodigy, Kateryna Lagno. With her whirlwind progress through her childhood years, she convincingly made her first steps noticed when she claimed the WGM title at the age of only 12.

By far more attracted to play with her opponents’ nerves than with some boring dolls, Katya reached the top of the ladder during her teenage years, in 2005, when she won the gold medal in the Women’s European Championship, and 2008, when she decided it was about time to repeat the story.

Kateryna knew that one swallow does not make a summer, so she continued her ascendency, enriching her trophies’ panoply with countless, outstanding results. Noteworthy are too many, but if we have to mention a few: in 2006 she took the North Urals’ Cup to her native country, as well as the gold medal from the Women’s World Blitz Championship in 2010.

Since 2008 she has been the Ukrainian team leader, helping her squad to gold in the Olympiad 2006, World Championship 2013 and European Championship 2013, making her not only one of the great contemporary talents but also an important pillar within her team.

If you think that chess is the only dimension of her life, in order to reach all of that – you are wrong. Kateryna is the happy mother of a 4 y.o. son, Sacha, perhaps a GM in disguise. Moreover, during tournaments she enjoys not only her rival’s over the board dramas, but also the virtual ones, taking place in… the movies she uses watching on her computer’s screen.

In spite of her early successes, Katya has her feet firmly planted in the ground, working on her best results, which are still yet to come. 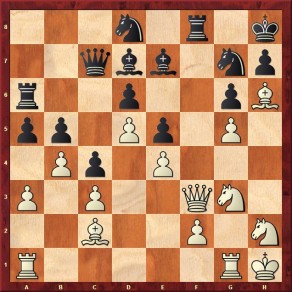 One thought on “Kateryna Lagno”