The Bulgarian star received her first chess guidance from her father at the age of 4, and just three years later she already made her name by winning the Sofia Championship. In the twinkling of an eye Antoaneta’s results bore the resemblance to the snowball effect, culminating with her win of the 10th World Women Championship in 2004.

Antoaneta, you are a former Women’s World Champion and have a lot of international experience that many dream of. Where does the Grand Prix rate in terms of importance for you?

Well it is already my third Grand Prix cycle and third one from this cycle. For me it’s very hard somehow for these Grand Prix’s. Ok, I have won everything else in Women’s chess, but somehow in Grand Prix I was once second and once third. I have never won one, but I would really like to do it one day. It is a very strong event and everyone is usually well prepared for it. It is nice to play strong opponents and interesting games. 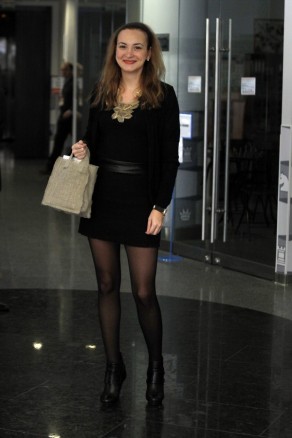 Bulgaria, has a thing for producing some junior World Champions and adult ones as well. So what support is there for women’s chess in Bulgaria and is there any programs for girls to enter chess?

There are many things that should be improved in chess and especially in women’s chess in Bulgaria because somehow we have always some very talented kids, girls and boys, especially girls who get titles in U8, U10, U12 groups and then somehow they don’t develop to their full potential. I hope it will change but it is a very difficult situation in my country, not only for chess but for all the sports and not only for sports. It’s not so easy and I am sure I am not the only one, who has the ideas on how to improve the situation, but it requires money and since we are not an Olympic sport, we don’t have status of Olympic sport in Bulgaria too. The budget of our Federation doesn’t get enough money and as consequences we don’t have trainers, camps, and enough tournaments. It is a slow process and we are starting to recover a bit because up to 1989, we used to have 30 Open tournaments only in Bulgaria, men, women, children, mixed tournaments and so on. Then for many years we had almost nothing, just one tournament in Plovdiv. We have many events in Bulgaria right now and hopefully we will start producing champions again.

Well I hope my best achievement is still to come, but it was always nice to win the European Championship or the World Championship. For me though it brings me pleasure for every game I win. I don’t think so much in general terms like best achievement, best game ever or best tournament. I try to play chess, enjoy it and of course if I win, I enjoy it more.

You played in the Men’s team for Bulgaria during Istanbul Olympiad in 2000. Do you believe this was a historic moment for chess in Bulgaria and if so why?

Well, yeah because we have a very strong men’s team and of course I was honoured to be invited to play for the team. Unfortunately, we didn’t do so well and ok there was discussion about later Olympiads whether I should play with men or women. It makes such a big difference for the women’s team if I am not there then the men’s team. Also, we have a very nice atmosphere in the women’s team, we are all friends and it is difficult to leave your friends to go play with the guys. It was a nice and useful experience to play in the men’s team but I am not sure, if I was invited, I would play or not. Probably I would say yes because it’s a very strong opposition for me. It is important for me to fight for first place or for medals so if they decided that it was better for me to play for the men’s team I would, but I think my participation is much more important in the women’s team. 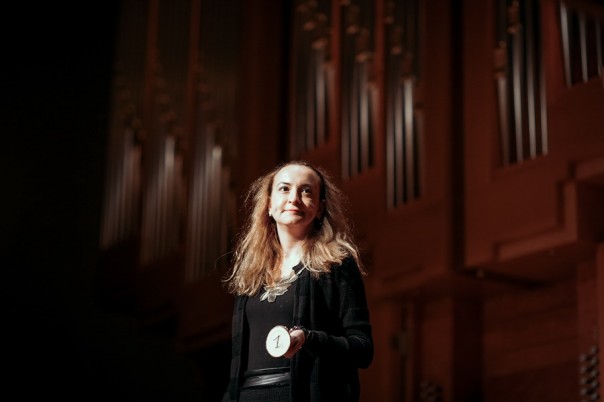 Something many people might know and that is you are a member of the Women’s Commission of FIDE (WOM). Could you tell me about some of the activities that have happened and that are planned for Women by the Commission?

Well, you can get the entire program which is published on the FIDE website (www.fide.com). I believe it is very important that we make all these Trainers and Arbiters seminars for ladies. So as you know in most countries, they try to develop chess for men and there isn’t so much attention paid to women’s chess in regards to women’s arbiters and trainers. What we try to do is to show chess is something you can use as your profession even if you are female.

This leads me onto my next question. With the FIDE elections happening this year, have you seen anything in the programs of Kirsan and Garry Kasparov in promoting women’s chess?

Well of course I respect very much Garry who was a great chess player and great world champion, but I somehow have some doubts that he thinks a lot about women’s chess or at least I didn’t see anything in the program or never heard him speaking about women’s chess. Well as for Kirsan, he has proved over the years that he takes care of men’s and women’s chess. He has introduced many things for women because before he was President there were no Grand Prix’s, world championship cycle was different and with Kirsan as President, the situation has improved a lot for women’s chess. I believe he is doing his best and things are improving for us.

You have mentioned in one of your press conferences that you like to go to the gym, watch movies, and drink coffee with friends for relaxation. So what movies do you like to watch and books do you like reading?

Actually I like reading and it’s my fifth book since I have arrived here and I only brought six with me. This one I should probably take really slow but I like to read everything. During tournaments I don’t like to read really serious literature and the one I am reading now is Stephen King and before I was reading Geoffrey Archer. I like to read mostly the popular stuff and thrillers. As for movies I don’t bring them with me but I am just watching what is available on TV. Here they have the Fox Channel and I am watching the Castle and things like that and it’s good to take your mind of things.

Music is something I know you like Antoaneta. So what is your favourite type of music to get you into the mood to feel happy?

I am into rock music usually but ok, I also like Latin music a lot and lately I am listening to a lot of Brazilian music. I am listening to anything like Michel Telo, Shakira, Rihanna. Before I used to be more into the Doors, U2 or whatever, but it depends on my mood.

Thank you for having a chat to the press and we wish you all the best for the remainder of the tournament.