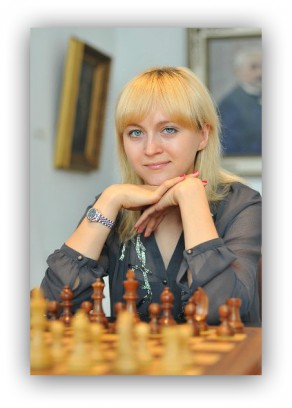 A journey of a thousand miles begins with a single step; for Anna, this happened as a pure coincidence, when her mother wanted her to play draughts. But when they reached the draughts-chess club, it turned out they had only chess…this was just the starting point of a long journey, which proved to be the smartest move the Ukrainian family has ever made and not just the second best.

Although the young Anna learned how to move the pieces a bit later than her colleagues, when she was already 7, nothing stopped her progress since. She firmly stood up from the crowd, by becoming the clear Ukrainian Women Champion for several years. Soon after, Anna strikes with an early pinnacle in 2006, at the Turin Olympiad, where her undefeated 7/10 score helped the Ukrainian team to gold; since then, the team medals kept on coming like clockwork, Anna being responsible in a great measure for that.

Her individual successes didn’t cease to occur either: after bringing home the bronze from the European Women Championship (Plovdiv, 2008), Anna made the biggest leap for her career, becoming the 14th World Women Chess Champion in 2012. She overpowered the higher rated Anna Muzychuk, Natalia Pogonina, Nadezhda Kosintseva and Ju Wenjun, to finally reach the final against the former World Champion Antoaneta Stefanova, which she defeated as well.

After such a “tour de force”, it doesn’t come as a surprise that the Ukrainian GM was endowed in her native country the title “Honored Master of Sports”.

But Anna’s interests are not limited to only chess. She is very much fond of “Jurisprudence”, subject from her law faculty at Yaroslav the Wise Law Academy Ukraine. This, combined with her affection for the classical wizards, such as Spassky, Smyslov or Karpov, may explain Anna’s playing style in terms of foresight and circumspection, melded with fearless attacks when given the chance and when the position allows it.

We only have to sit and wait for the chemistry to take place in, why not, Khanty Mansiysk. 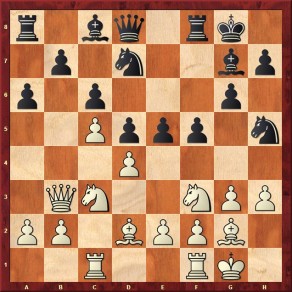 A very important game to decide the new Women World Champion:
16. Ng5! exd4 17. Nxd5! And the knights made Anna’s day in a true haute école masterpiece.