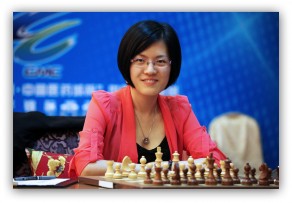 Who doesn’t know Hou?! If there is such a person, it must be someone who never ever heard of chess nor read the news.

The Chinese prodigy made the headlines with dozens of different occasions, her incredible potential being discovered back in 1997, when she was only 3. Yifan’s father remarked the fascination his daughter displayed towards a chess set made of glass and it was not long after that the headstone has been set. In just a few weeks time, the little girl started to defeat her father and by the age of 9, the chief coach of the Chinese national teams, Ye Jiangchuan, recognized in her “an exceptional genius”.

To meet her family and trainer’s expectations, Yifan started to break one record after another: at the age of 12 she became the youngest player ever to participate in the FIDE Women World Championship (2006) and in the Chess Olympiad (Torino). Remarkable is her jump in just two months time: between April and July 2006 FIDE rating lists, she made an impressive leap of 190 rating points, moving from 2298 to 2488! In 2007 she was China’s youngest National Women Champion and by the age of 14 she was already the youngest female grandmaster ever.

But the highlight came in 2010, as Hou Yifan became the youngest (again!) Women World Chess Champion in history, by winning the title in Turkey at the age of 16.

By the age of 18 Yifan accomplished enough to fill in many other players’ CVs taken together, so it doesn’t come as a surprise that the Chinese GM is also the youngest participant in this FIDE Women Grand Prix. Unquestionably one of the main contenders for the 1st place, Hou Yifan remains the same modest person when asked if she feels she is the strongest woman in the field: “No, I don’t. There is no obvious difference between me and the other players”.

And yet, the question remains whether the reigning Women World Champion will surpass Judit Polgar too, establishing her name on the men list just like her predecessor did. Perhaps this day is not far away, as the Chinese proved in several occasions (Gibraltar 2012 and Reykjavik 2013, as well as Wijk aan Zee A & B groups) that many top GMs learned (the hard way) to fear her. 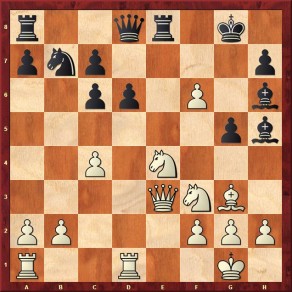