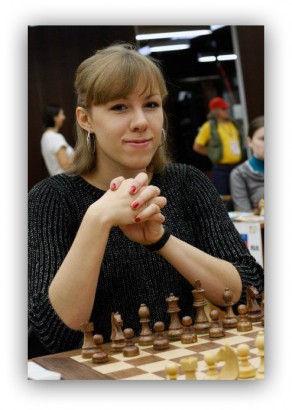 In a World where people are bending backwards to lay hands on fame and glory, fewer are those adopting a slightly different attitude. Such a rare example is the 22 year old Olga, a woman grandmaster in chess. If one believes there is an error on her credentials FIDE page, because surely she is IM (?), here’s the news: there is no mistake. Not because she doesn’t have the norms, the rating or the strength. The Russian talent simply chose to focus her attention and energy onto chess for the sake of chess, neglecting the bureaucratic formalities.

Such a process-orientated player, as opposed to the result-driven ones, cannot stay in the backseat for long. Olga eclipsed her rivals in 2009, when she grabbed both, the European and the World titles in her U18 age group.

In 2013 she entered the strong and very much feared Russian Women Team, helping her colleagues to claim bronze in the World Championship and silver in the European one.

Born in the heart of Russia, in Langepas, Olga will try to prove that the term “home advantage” can be successfully applied to chess. Although her city of origin is rather far for Western standards, the 545 km east of Khanty-Mansiysk is just next door for the Russian norms.

Together with her home supporters, we will all witness the charming and kind Olga turning into a merciless opponent over the board. 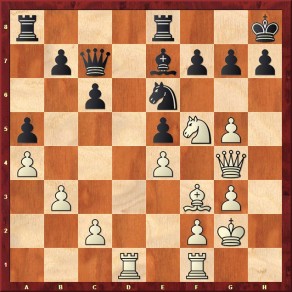