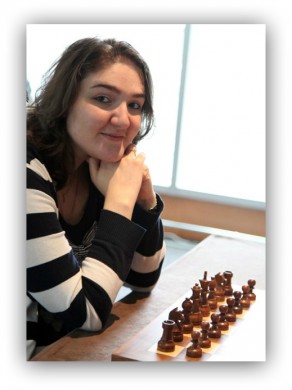 As a junior player, she showed early promise by winning in 1992 the World Championship U12. But she steadily established her name on the chess billboards in 2003, when, aged 16, she won both Women World Championships U18 and U20.
She continued the upsurge as a regular presence in the Georgian national team, which she pushed to gold (2008) and bronze (2010) in the Chess Olympiads from Dresden and Khanty-Mansiysk respectively; in 2012 Nana won the silver medal for her score on the top board at the Istanbul Olympiad too, although this was not sufficient for her team to claim a place on the podium.

The Georgian star became a habitue in the Women Top Ten rating list; she is currently ranked 6th. Her combative style makes her an excellent and typical exponent of the Georgian chess school. Nana’s risky, aggressive and powerful way to execute her rivals failed to fade away even after becoming a happy mother. Moreover, Nana is actually quite the opposite of ‘aggressive’ in her off the board life: “I like reading, walking, thinking :). I love poetry. My favourite poets are Georgian, Galaktion Tabidze, Lado Asatiani ….”

In 2010 the Georgian GM won convincingly the Jermuk Women FIDE Grand Prix, with a stunning 9/11 performance and 1.5 points ahead of her nearest rival, result which entitles her to hope for nothing less in this edition – Khanty-Mansiysk 2014. 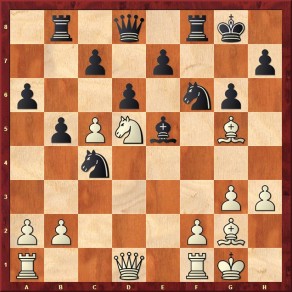 18. b3! – the starting point of a beautiful positional exchange sacrifice; the game continued:
18… Bxa1 19. Qxa1 Ne5 20. f4 Nd3 21. c6! Black is completely tied up and admitted defeat after 9 more moves. We recommend our readers to enjoy the entire game.