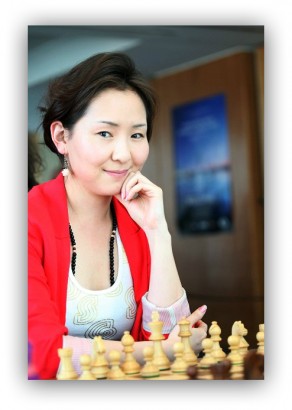 The Tuvshintugs family has a unique engagement with the royal game. “Chess is like the history of our family, everyone plays it: uncles, sisters, nieces, my aunt, nephew, brother, and they hold FIDE titles too!” – shares the strongest player from the clan (and a FIDE arbiter as well), WGM Batchimeg.

Like father, like daughter: Batchimeg’s talent gradually brought her to the 2nd place in the national woman list, making her an irreplaceable presence in the National team. She proved her skills on several occasions, by winning the gold medal in all three National Women Championships: classical, rapid and blitz.
And yet, her other honorable results shouldn’t be placed under lock and key either: Batchimeg took in 2006 the 1st place in the Susan Polgar World Open Championship, the 5th place in the 16th Asian Games from Guangzhou (2010) and the gold medal with her team in the 11th World University Championship (Zurich, 2010).

But it was recently, in 2013, when Batchimeg made a name for herself in the widened chess spheres, by becoming the surprise of the FIDE Women Grand Prix from Dilijan. Batchimeg occupied the very honorable 7th place, surpassing experienced players like Harika Dronavalli, Olga Girya, Viktorija Cmilyte, Elina Danielian and Bela Khotenashvili. On top of that, she defeated the reigning Women World Champion, Hou Yifan, at the 2013 Geneva Women GP – just a small warning for those believing that the Mongolian hope is the underdog in Khanty-Mansiysk.

Batchimeg’s full name might be quite difficult to pronounce for the European speakers, but her easygoing personality will not fail to be noticed too. The 27 y.o. is an affable lady, who loves to dance and sing, proving her talent not only on the 64 squares board but also in many other sports; skydiving will be one of them soon. So don’t get fooled by the apparent gentle look, Batchimeg’s talent and courage are able to produce masterpieces, perhaps in Khanty-Mansiysk too. 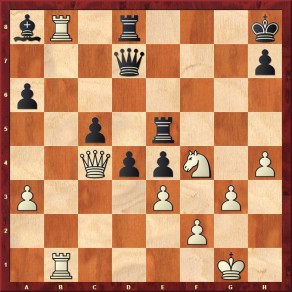