Ukrainian Anna Ushenina firmly stood up from the crowd, by becoming the clear Ukrainian Women Champion for several years. Soon after, Anna strikes with an early pinnacle in 2006, at the Turin Olympiad, where her undefeated 7/10 score helped the Ukrainian team to gold; since then, the team medals kept on coming like clockwork, Anna being responsible in a great measure for that. Her individual successes didn’t cease to occur either: after bringing home the bronze from the European Women Championship (Plovdiv, 2008), Anna made the biggest leap for her career, becoming the 14th World Women Chess Champion in 2012.

Anna, you are a former World Champion, played for your country several times in Olympiads and you are playing in the Grand Prix circuit now. How important is it for you to be involved in the Grand Prix and why? 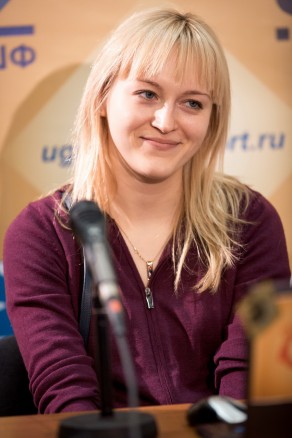 It is hard to say. The Grand Prix tournaments allow you to play against very strong women and this is good for women’s chess. Firstly, I like to get good results; however, it is very tough to achieve.

After Soviet Union had collapsed, the Government doesn’t support chess and it is very hard for the young generation. There are no new chess clubs opening and many of them are closed. For example, in my city of Kharkiv there was a chess club not only for children, but for everyone. The chess club in Kharkiv was in the centre of the city and was easy for everyone to get to but it was also closed. The main problem in Ukraine is chess doesn’t have the support. The way to improve chess in Ukraine is to look at having chess schools, having the chess in schools program introduced and to have Government support. The Government also needs to support the younger generation.

You have the unusual way in how you got involved into chess. Your mother wanted you to play draughts, however, you ended up going to a local chess club which your mother thought draughts were played there too. When you first played chess, did you fall in love with the sport?

At the beginning chess was fun for me. My family wanted me to develop in many ways through the use of the mind.

It was really unexpected for me to become Women’s World Champion. I just wanted to play my best and I think the gods were in my favour for this tournament. 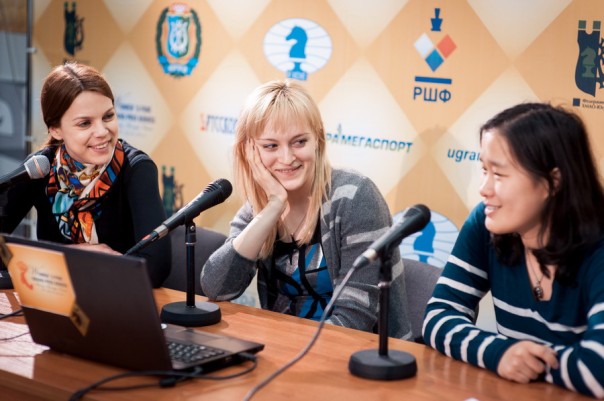 After winning the event and arriving back to Ukraine, you were given the title “Honoured Master of Sports”. Explain the feelings you had then and did you feel like a celebrity when walking in the street?

It was a surprise for me but at the same time with the Government not supporting chess as an Olympic sport, I didn’t feel it was a big thing for me. For example, my preparation last year I didn’t have any support from my Federation. 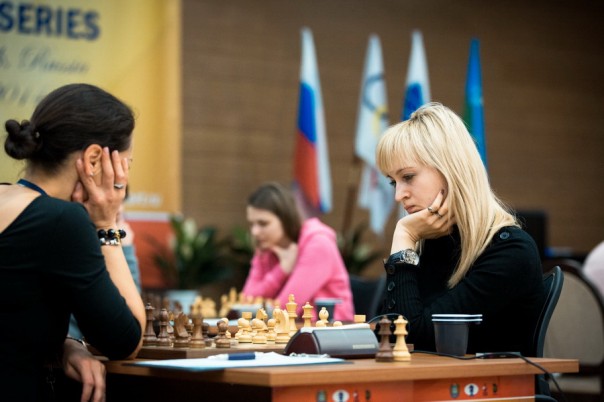 Not only do you have a passion for chess but you also study law at the National Law Academy Yaroslav the Wise. Can you explain what is interesting about this subject?

I liked this subject when I was young and if I wasn’t a chess player, I would be a lawyer. I have always just being interested in law.

What do you like to do in your spare time?

I like to read books, taking pictures of interesting places and being with my friends.

Music is something can change the way we feel. What type of music makes you happy and why?

I like Russian pop music mostly, but I don’t have any favourite singers.

Thank you for taking the time to speak to me Anna and we wish you all the best for the rest of the tournament.