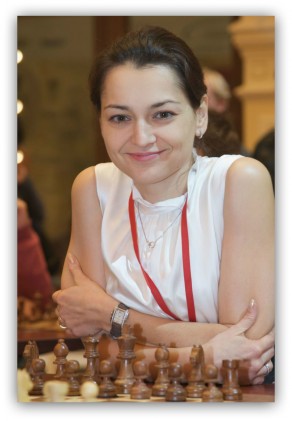 The main question is not what Alexandra did accomplish over the years but rather what she didn’t?

More than just a successful chess player, the Russian GM reaped the chess world’s laurels, getting the utmost out of it. She is the proud owner of a bottomless bag of medals, a renown chess author, podcaster, blogger, educator and, last but not least, a mother too.

Alexandra’s haul of trophies includes: 1st place in the Women European Championship (2004), in the Russian Superfinal (2005), in the SportAccord Mind Games (2011), and she is also the 1st World Champion in Fischer Random Chess. There is no surprise she is a constant presence in the Russian National Team, since 2002, where she pushed her troop to three times gold in the European Team Championship (2007, 2009, 2011) and in the Chess Olympiads from 2010 and 2012.

But the peak achievement of Alexandra’s career is unquestionably the women world crown and the 12th Women World Champion title, which she claimed in her native country, Nalchik, 2008. And yet, close to her heart is the memorable day of 17th November 2009, when: “I had a wonderful day! I beat Anand, Morozevich, Grischuk, Tkachiev, Polgar, and Aronian, what about that for one day? ;)”

Professional not only on the chess board, the “Chess Queen®” (a registered trademark by Alexandra Kosteniuk) doesn’t need to bring additional evidence that she truly deserves her title in the kingdom she has built together with her husband, Diego Garces. Very active in online social networks, her pages on youtube, twitter and facebook have more chess fans than many other VIPs could only dream of.

A champion for peace in the international organization “Peace for Sport” and a restless chess promoter (who doesn’t know her two main mottoes – “Chess is cool”and “Beauty and Intelligence go together”?), Alexandra became a true Chess Ambassador before even turning 30.

Who would refuse the pleasure of following the games of the multitalented Alexandra? 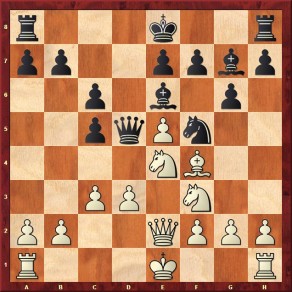